Microsoft is reportedly talking about buying GitHub, a platform for software developers last valued at $2 billion

I did not know Github was so big that MS will acquire it for 7.5bn$

Any wagers on how long it will take them to totally screw up Github?

I would not take you up on that bet  today  marks a end of a era for Github  ,people will just migrate to somewhere else just like they did from SourceForge only reason github has all them users was a few years ago the former owner of SourceForge was pushing drive by malware like cnet use to do .Now SourceForge have new owners and it clean now. i would say it be a better place to host you're files than M$ owned github. Still many Linux projects are hosted on SourceForge . Linux Mint and Ubuntu have servers all over the world and most Linux updates are hosted on Launchpad  just they use github for a repo to build things they can easy switch .

Have to agree with that.  And it is about the only large hosting place left that isn't associated with Microsoft.  We should have seen the writing on the wall when Microsoft closed CodePlex and told the developers to move to GitHub.

Have to agree with that.  And it is about the only large hosting place left that isn't associated with Microsoft.  We should have seen the writing on the wall when Microsoft closed CodePlex and told the developers to move to GitHub.

You got gitlab , bitbuket , .teknik , gitea , notabug.org and the list goes on and on most of them all you have to do is import you're repo from github into there's ..Smart devs have more than one git  anyways . 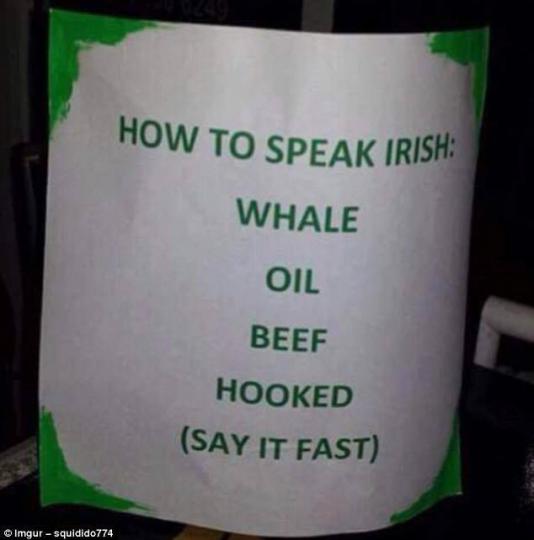 Microsoft announced on Monday the acquisition of popular code repository Github, but there may not be as many users on the platform once the purchase is finalized.

Worried about what changes the software giant will bring, many developers are getting a head start before the acquisition goes through, moving their code to services like GitLab and Bitbucket.

Github’s rivals are even exploiting the news in marketing campaigns with surprising success. GitLab is riding the #movingtogitlab hashtag, which has seen a good deal of traction on Twitter. The company reports 10 times the normal number of repositories being added daily. The flood of new users is even forcing it to scale up its operation.

Github is a crucial tool for more than 25 million developers, allowing them to store projects, documentation, and code and to collaborate with others. GitLab, a repository manager, offers many of the same features as Github, but comes with a few extras, like built-in continuous integration and delivery. GitLab’s pricing plans are also less expensive on the whole.

Microsoft’s buyout has caused a polarizing reaction in the developer community. Users took their opinions to Twitter, many praising the buyout given Microsoft’s position in the software space, while critics of the firm rejected the purchase and urged others to find a new home for their code.

If Microsoft acquires #GitHub, I will seriously begin migrating away. Not sure yet how, but exploring these (not mutually exclusive) options:
– Gitlab
– Bitbucket
– git-ssb (on scuttlebutt)
– Dat (Beaker "repos")

The #Microsoft + #GitHub drinking game. Drink a shot every time any of the following gets mentioned today…

Reddit users have been similarly vocal about switching to GitLab with some citing the drastic changes Microsoft has made in recent years to products like Skype and Windows. Others fear the mega-corporation will use the acquisition to gain ground in the industry at their expense.

Microsoft tried to dispel these concerns in its announcement.

“GitHub will remain an open platform, which any developer can plug into and extend,” Microsoft CEO Satya Nadella wrote in a blog post. “Developers will continue to be able to use the programming languages, tools and operating systems of their choice for their projects—and will still be able to deploy their code on any cloud and any device. Second, we will accelerate enterprise developers’ use of GitHub, with our direct sales and partner channels and access to Microsoft’s global cloud infrastructure and services.”

With its purchase of Github, Microsoft is completing its turnaround from its days under Steve Ballmer, who once described the open-source operating system Linux as a “cancer.” Since taking over in 2014, Nadella has pushed Microsoft toward open-source technology and even made it a sponsor of the Open Source Initiative advocacy group.

Facebook, Apple, and Google all use Github, but few other companies contribute as much as Microsoft, which has more than 1,000 employees actively pushing repositories to the service. Despite its presence on the platform, Microsoft will need to answer heated questions from concerned coders about the future it has planned for Github.

“Most importantly, we recognize the responsibility we take on with this agreement,” Nadella wrote. “We are committed to being stewards of the GitHub community, which will retain its developer-first ethos, operate independently and remain an open platform. We will always listen to developer feedback and invest in both fundamentals and new capabilities.”

It’s not clear how much Microsoft will pay to acquire Github, which was last valued at $2 billion in 2015. Reports say Github approved the deal because it was impressed by Nadella. Once the acquisition closes “later this year,” Nat Friedman, the founder of Xamarin, will take over as CEO of Github and will report to Microsoft Cloud + AI Group executive vice president Scott Guthrie. Github’s co-founder Chris Wanstrath will be a technical fellow at Microsoft.

You can learn more about Microsoft’s vision for Github going forward in this open presentation shared by Nadella.

I did not know Github was so big that MS will acquire it for 7.5bn$

We should have seen the writing on the wall

Yep.  But we never look at the wall until the wall falls down (until what happens happens).

GitHub needed a buyer, and there aren't too many options.

Microsoft is buying GitHub for $7.5 billion dollars, and predictably, there's a developer backlash.

GitHub, though notionally a for-profit company, has become an essential, integral part of the open-source community.

GitHub offers free hosting for open-source projects and has risen to become the premiere service for collaborative, open-source development: the authoritative source repository for many of these projects, with GitHub's own particular pull-request-based workflow becoming a de facto standard approach for taking code contributions.

The fear is that Microsoft is hostile to open source and will do something to GitHub (though exactly what isn't clear) to undermine the open-source projects that depend on it. Comments here at Ars, as well as on Slashdot, Reddit and Hacker News, suggest not any specific concerns but a widespread lack of trust, at least among certain developers, of Microsoft's behavior, motives, and future plans for the service.

These feelings may have been justified in the past but seem much less so today. [...]

If interested, please read the rather long article < here >.

Any wagers on how long it will take them to totally screw up Github?

And, as usual, they WILL screw it up but make tons of money anyway...

Perhaps they will put their servers under water...

I do not think I like it's option that much. Last time I checked it was quite confusing to use.